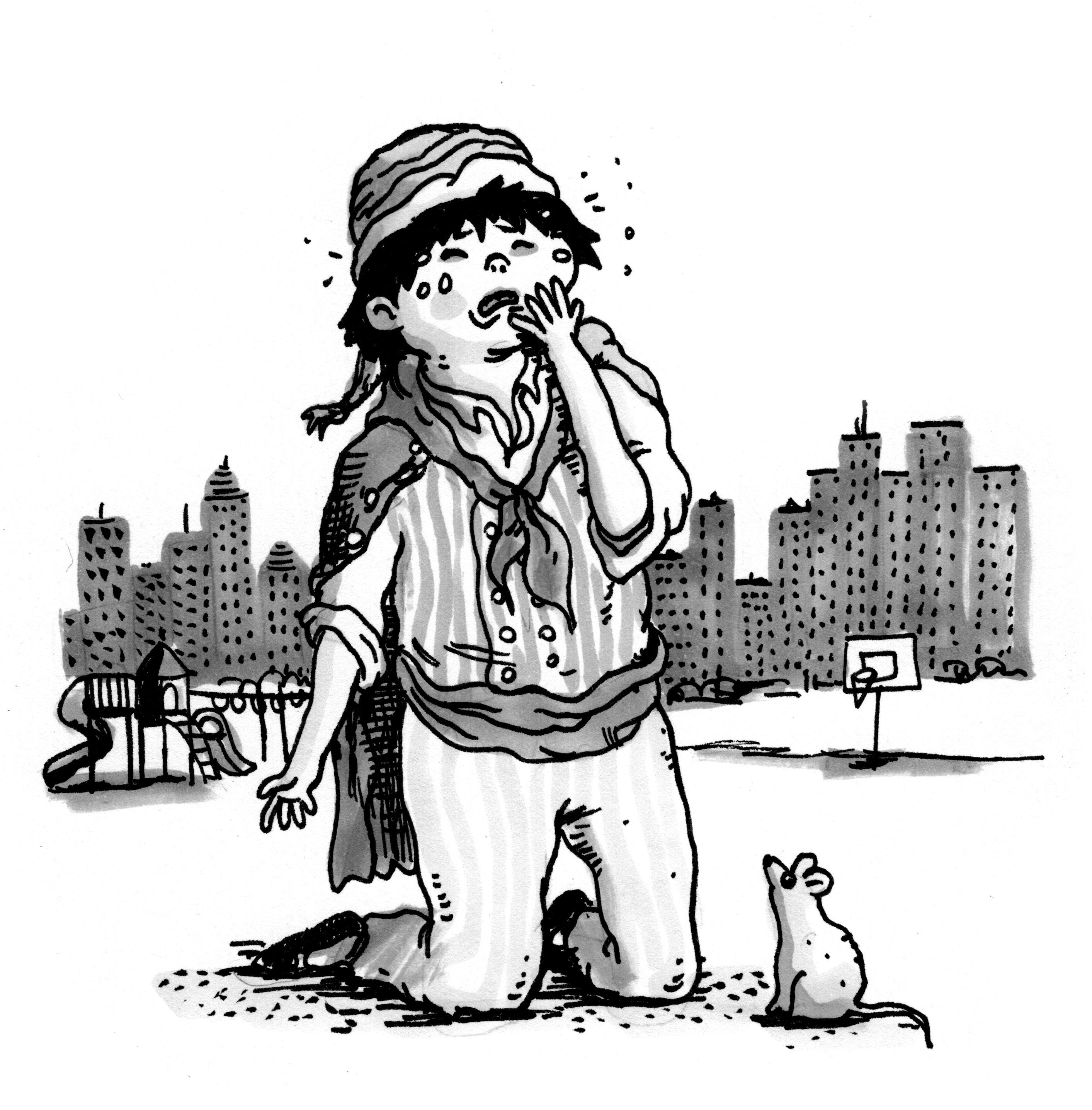 The origins of the bubonic plague remain unclear. Depending on one’s point of view, one might say the plague began when the bacterium Yersinia pestis first discovered a mammal host, in the body of a rat. Others might say the plague really only started to matter when it began to affect the more important mammals, like humans.

For a while during the 14th century, Genoese sailors were accused of being the plague's catalysts. They were the ones who had sailed their ships far and wide, unwittingly bringing their stowaways—diseased rats—to Europe. The malady spread quickly, seeing its near-complete end in the 18th century. Many sailors died hating themselves for what they had inflicted upon humanity; after all, the world was supposed to end.

Describing a thing’s origin—usually a pleasurable, historically fruitful exercise—becomes, in a plague’s origin story, an exercise fraught with blame. I loathe this. I felt firmly that the origins of the plague had nothing to do with the sailors, who were simply doing their jobs. If anything, it was the fault of the stowaway rodents, who were, in a way, also just doing their jobs of being 14th century rats.

I decided to use my time machine to bring back Pietro, a Genoese sailor, to show him that the bubonic plague had not ended human civilization like people believed it would at the peak of the crisis. After briefly explaining how I built a time machine, I took Pietro to the best place to showcase contemporary human health and vitality. We went to an elementary school. It was the autumn of 2019, the beginning of a new school year. The air was fresh with promise.

ME: Well, here we are: my old elementary school. Look at this playground—these kids are all so healthy and full of vitality, don’t you think?

PIETRO: What? (Looks around, eyes bulging.) My god, what have I brought upon the world? Listen to the screams of the children! Look at the terror in the frantic motion of their limbs! Their tiny little limbs! They will die within the next twenty seconds, at most—the plague does not take children kindly. Oh god, we have been caught at the worst stage! I must act with haste. I must let their blood or light them on fire.

ME: (Seeing the teachers standing nearby I panic and pull Pietro closer to swing sets.) You can’t say that so loudly! And what do you mean? These kids have recess.

PIETRO: Have re…recess? They have it? Is recess some sort of disease? Is this another term for my Great Plague? And so, you mean to say the Death has taken all these children? (Squints, then points at a young, red-headed boy.) What about that little boy who is running around? Waving his arms so madman-like? (Squints closer, then gasps with horror.) My god, he has all the symptoms! Black spots that cover the skin, sweat that drips down the face, screams that tear apart the ear—dear lord. He shall be dead in three minutes. I must start a fire. (Throws shoes and hat into a pile.)

ME: No, Pietro, no! He’s not dying anytime soon! He probably just hit puberty early and got blackheads or something. And he’s obviously sweaty—it’s super-hot outside and he’s running pretty fast. As for the screaming, it’s recess. He’s scared for his life.

PIETRO: But what of the singing children over there?

(In the distance, six girls sing “Ring around a Rosy.”)

PIETRO: “Ashes, ashes, we all…fall…down?” We all fall down? What is this sick chant? Are they actually trying to summon the plague? One…four, five, six girls...my stars, that’s the number of death! Are they witches? (Yanks off cape and tears off moustache, throwing them into the growing pile.) I need a fire! Sailors! Grab a torch! We have a bonfire that is begging for flame!

ME: It’s just a children’s song, Pietro. It’s about a different plague. The song doesn’t do anything.

PIETRO: Prove it! I demand you to prove it!

ME: I don’t really know how to prove it. I mean, you don’t see anyone getting the plague right now, do you?

This is how I brought the bubonic plague into the modern age. I write to you, my friend, from hiding. When I look out into the city below from the cold mouth of my lonely grotto I can hear the screams of children, mothers and fathers howling, loved ones mourning over their dead, sirens through my city streets, and I weep. I sing songs to myself of my sad tale. But still I cling to hope. I wait. I wait for a time machine to come and take me into a future where someone can tell me that this was not my fault at all, none of it.